Not a Swan Song 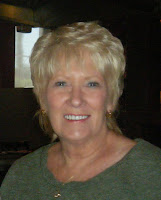 I started my original blog in 2010, and I’ve blogged weekly since that time with few breaks. It’s time to take a rest. I may be back from time to time, but probably not often. It’s time to concentrate on writing and life in general.

I appreciate the comments people have left over the years and I hope some of my posts entertained the readers. Thank you for your support, and I hope my books continue to entertain you, too.

In the meantime, Prudy’s Back! – A Sandi Webster Mystery is now available in audio format.

People Lookin’ Half Dead– A Bogey Man Mystery is reading and waiting to be read. Imagine one of the hottest summers on record and homeless people with nowhere to go, and suddenly some of these people start disappearing. Chris and Pamela Cross, as usual, jump right in the middle of things, which the help of Chris’s newly arrived grandmother.

Until next time (whenever that might be), keep on reading and remember that Life is Good!

(I tried to find an image for Foot-in-Mouth Disease, but it just didn't work out.)

Sometimes we mean well but manage to do or say the wrong thing. I’m a frequent offender. No, this isn’t a confession and, yes, it does have to do with writing.

In real life we often receive unexpected results when we offer a compliment. Let’s say you run into an acquaintance at the grocery store and she’s got a new haircut. You say, “I love your new hair style. Cute dress, too.”

The acquaintance might have any number of reactions, including:

“Waddaya mean by that?”
Or
“I hate my hair and my dress doesn’t fit right. I hate my life. I hate everything.”
Or
“Who invited you to join the Fashion Police?”

With any luck you might have caught her on a good day and she’ll say, “Why, thank you,” as she pats her hair and smooths out her dress.

Of course, sometimes we say things and for some unknown reason the words come out of our mouths sounding differently than we intended.

I might say, “Who the heck does your hair?” meaning, I like your new style and I want to make an appointment. Unfortunately, it sounded like, “Tell me who does your hair and I’ll avoid her at all costs.”

In the Sandi Webster series she has a partner (now husband) named Peter Goldberg. Pete is 100% Italian and not Jewish, but the story behind the name will be covered in a future book. Initially, Sandi made an appointment to meet with Pete at a restaurant because she needed help in her agency. When Pete stepped up to the table where Sandi was waiting and introduced himself, one of the first things she said was, “You certainly don’t look like a Goldberg.” Foot-in-Mouth Disease at its finest.

Unperturbed, Pete asked her what a Goldberg should look like. That was the beginning of a long partnership, friendship and romance.

I’ve lived an interesting life and have plenty of interesting stories. When someone tells me a story, I often find myself reminded of an event from my own life and tell said tale. No, I’m not trying to “one up” the other person – I just love telling stories. It’s one of the reasons I became a writer. It also doesn’t mean I’m a know-it-all. Again, I just enjoy telling stories.

How does all of this relate to writing? The story about Sandi and Pete meeting is a good example. People often say or do things without thinking first. It’s human nature – and it’s honest. Our fictional characters need to be honest, too. I’ve read books where the main characters were so perfect that I ended up putting the book down. They come across as super-human and one-dimensional. Let your characters step on a few toes. Sometimes in a mystery that’s what makes the other person blurt out information the protagonist wouldn’t have found out otherwise.

I’ve often put my foot in my mouth, and anyone who knows me can verify my affliction. I’ve been known to backpedal when my comment hadn’t been intended as offensive. I‘ve often offered unwanted advice, but I meant well. Just ask my daughter. No excuse, but that’s me. And sometimes it’s Sandi.

Chris Cross, from the Bogey Man series, often emulates Humphrey Bogart. I suppose he can be annoying, but if you’re going to mimic someone you might as well do it up right. His wife, Pamela, doesn’t seem to mind, and in his mind her opinion is the important one.

What all this boils down to is make your characters real. Let your readers relate to them. Let them have foot-in-mouth disease or let them be clumsy, but keep them down-to-earth. Just don’t make them obnoxious. There’s realistic, but there’s also the Ick Factor to be considered. Don’t overdo or exaggerate the realism with the exception of working toward humor.

Have you ever put your foot in your mouth? Have you ever been on the other side and taken offense when none was intended?

Until next time, relax and enjoy life. Sometimes a comment is just a comment and there’s no hidden agenda – unless you’re a fictional character and then all bets are off.

Summer’s on the way and so are heat waves. Check out People Lookin’ Half Dead – A Bogey Man Mystery and find out how Chris and Pamela Cross handle heat and missing people.

Prudy’s Back! – A Sandi Webster Mystery will soon be available as an audio book.