Look Up, Look Down

When my husband was in the police academy, something they emphasized was, “Look up, look down, look all around.” That’s good advice for anyone investigating a crime, real or fictional.

Have you ever played one of those Search & Find games on the computer? Some of the objects you’re told to find will turn up in the most unlikely places. That’s true in life, too. I recently lost my car keys. Thankfully, I had an extra set of keys. I looked everywhere for those missing keys, including emptying out my purse (which would frighten a mere mortal) and all of my pockets. I’d had an appointment that day and finally decided I must have dropped them in the parking lot without realizing it.

I missed those keys because there were other things on the keychain besides my car and house key. The house key is another story. Whoever lived here before had different locks put on every door. Lots of keys for lots of doors. But I digress.

About two weeks later I put on a jacket to wear to the store, stuck my hand in the pocket and, surprise, surprise, there were the lost keys. I could have sworn I wore a different jacket the day of my appointment.

In Old Murders Never Die – A Sandi Webster Mystery, Sandi and Pete are stranded in a ghost town. To the best of their knowledge, no one had set foot in Wolf Creek for over a hundred years. Without much else to do, the two detectives started looking things over and they discovered unsolved murders from around 1880. Thus began their desire to solve the old murders. As the pair began searching houses in the town, they looked for clues, and Pete (an ex-police officer) offered Sandi the advice my husband offered me. She looked up, down and all around, and a few clues came to light after all those years. 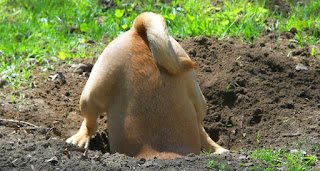 Between my daughter and me, we have three dogs. Things disappear all the time. The little angels just love to walk off with whatever is within their reach. Very frustrating. The same advice works when looking for a lost slipper or sock. However in the case of the dogs, it’s also advisable to look under rocks or where it appears fresh digging has taken place.

Readers, including me, love secret rooms or passages. These things add to the suspense. So when our protagonists see something that doesn’t look quite right, they take a second look and generally, in a mystery, they’ll discover something unexpected. How about a secret room that houses a mummy? (Gin Mill Grill – A Sandi Webster Mystery)

When writing a mystery, have a little fun. Close your eyes and picture the last place someone might look for a clue, information, or a body. Of course, there are times these places need to fall short of offering help. Don’t forget red herrings. Also, don’t forget that not all mysteries include a death. The mystery might include a missing person, or as in my case, lost keys.

Speaking of keys, my grandfather had a key collection. Some of them were pretty old. I had a very old trunk that was locked and no one could figure out where the key might be. What’s the fun in calling a locksmith? I dug out Grandpa’s key collection and after trying several of them, I found one that opened the trunk. The case of the missing key? Solved, although I have a feeling that this might have been a skeleton key that would open many things.

So, whether we’re talking about fiction or real life, remember to look up, look down and look all around. If that doesn’t work, start checking pockets.

Have you ever lost something important and found it in a very unusual spot?

Until next time, take in your surroundings and look for the unusual or unexpected.

I’m going to tell you a funny story, and it actually has a purpose.

After working in civil law enforcement, my closest friend and I both went to work for a law firm. Put in simple terms, in the early 1980s the attorney would dictate his notes and the legal secretary would transcribe his dictation.

We'd only worked there for a short time when my friend transcribed an attorney’s notes about a man who was killed in a fire which, of course, isn’t funny. She was shocked when the recording stated that he’d been having illicit relations with his power mower at the time of his death. Okay, his power mower? We carpooled, and needless to say, we had quite a conversation during the drive home that night. What on earth could a man do with his power mower? I won’t even go into the possible scenarios that were suggested.

The next morning I was in my office when my friend walked in with an odd expression on her face. When she arrived at her desk, the lawyer walked out of his office, laughing for all he was worth. It seems the man wasn’t having relations with his power mower, but with his paramour! I have to admit, it’s kind of an old-fashioned word and I didn’t know what it meant. She had to explain it.

By the time she left my office, we both had tears running down our faces from the laughter.

What could this possibly have to do with writing mysteries? Everything, in some cases.
What if a private investigator was hired to work on this case and he or she was given the original, incorrect, transcription. How could the investigator approach a case that involved someone making mad, passionate love to a power mower?

Even hearing a name incorrectly might cause problems. In Gin Mill Grill – A Sandi Webster Mystery, they took on a client named Eloise Nutcase. Really? Ms. Nutcase had a speech problem. Her name was actually Eloise Neuchase.

Hearing something incorrectly might cause all kinds of issues in a mystery. I can’t tell you how many times I’ve had to say, “I’m sorry. Would you please repeat that?”

It can really be an issue if someone has an accent. When I was a little girl some new people moved in next door. The girl next door was talking to me through the fence and she told me there was a “spadder” on my arm. For some reason, all I could think of was a spatula or a splatter. I’d honestly never heard a Texas accent before. She was trying to tell me there was a spider on my arm and she finally curled her fingers, turned her hand palm down, and made a crawling motion, after which I shuddered and she reached through the fence and knocked the spider off.

One other thing. It doesn’t matter if your book is dramatic or humorous, the misunderstanding of a word can change the entire story. Of course, it might lead to an interesting ending, too.

Mysteries are based on the facts as the protagonist knows them. A misconception can lead to misunderstandings, horror, drama or humor, or just plain confusion. In most cases, though, I think the protagonist would learn of their mistake long before the end of the book. Although, you never know.

Have you ever misunderstood a word or phrase someone has used and then had to backtrack to resolve a situation? I hope, as in the situation I mentioned above, it had a funny ending.

Until next time, listen carefully. In a mystery, your life could depend on it.

Coming Soon (although don’t hold your breath while you’re waiting): People Lookin’ Half Dead – A Bogey Man Mystery. When Grandma Tillie moves to town and the first thing she does is invite some homeless people in from out of the heat, Chris and Pamela become involved in a case of missing people. Why would someone be taking homeless people off the streets?
Posted by Marja at 12:30 AM 13 comments: