This week my guest author is Evelyn Cullet and she has a new book out, just waiting for you. I thoroughly enjoyed her first series, and now she's stepping out and introducing us to some new characters with a few quirks, and hopefully a new series. Fun book! Welcome, Evelyn! 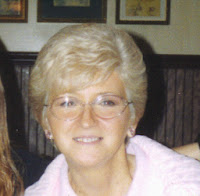 Thanks for hosting me on your blog, Marja. You Bet Your Life was a fun book to write. The words came easily, because I loved what I was writing, and whom I was writing about. I thoroughly enjoyed repeating the words and phrases that my aunt often said and used. Looking back, I had to wonder where she got some of her ideas. And it always amazed me how she could squeeze her size 8 feet into 7 1/2 inch high heeled shoes, even though she had bunions, and then manage to walk to church and back in the snow without falling. She always used safety pins to mend rips in her clothes instead of sewing them. She had a safety pin holding up some portion of just about every outfit she owned. But I guess those are the quirks that make people memorable. 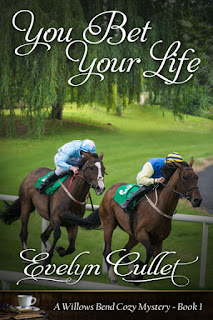 You Bet Your Life, Blurb

“Sometimes, you have to take a chance.”

As a marketing executive, Heather Stanton is used to spinning anything negative that comes her way into gold, but now both her personal and professional lives have hit a glitch, so she cuts her losses and boards the first train out of town, leaving it all behind.

Heather never expects to run into her independent, free-wheeling Aunt Julia in a speck on the map called Willows Bend. Nor does she expect the turn her life takes when her aunt is suspected of murder.

Putting her own problems aside, Heather teams up with a handsome ex-private investigator to clear her aunt’s name. But will Julia’s innocence be questioned when the odds turn against her in a race to find the killer?

Your Bet Your Life is available on Amazon: https://www.amazon.com/You-Bet-Your-Life-Mysteries-ebook/dp/B07B5C2PSK/

Bio
Evelyn Cullet has been an author since high school when she enjoyed writing short stories. She began her first novel while attending college later in life, and while working in the offices of a major soft drink company. After taking early retirement, she finally has the chance to write full time. As a life-long mystery buff, she's a former member of the Agatha Christie Society, and is a current member of the National Chapter of Sisters in Crime. When she's not reading mysteries, reviewing them or writing them, she enjoys playing the piano, is an amateur Lapidary, and an organic gardener. She host's authors and their novels on her writer's blog: http://evelyncullet.com/blog/

Gin Mill Grill - A Sandi Webster Mystery is now available. Death in the 1930s? Can an old murder be resolved today? 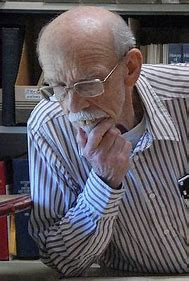 
J.R. Lindermuth is my guest author this week. He has some interesting things to say about strong women and his new book, The Bartered Body. I just started reading it and I’m thoroughly enjoying it. Welcome, John! 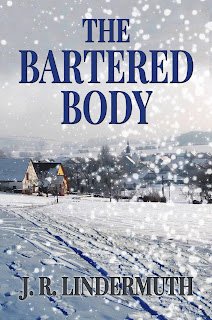 In two previous novels, Sheriff Sylvester Tilghman's ultimate goal has been to marry Lydia Longlow. Crime, and Lydia's refusal, prevented his achieving his desire.
Lydia hasn't rejected his many proposals because she doesn't love him. Her resistance has been based on her independence. The woman is busy. In addition to caring for her elderly parents and running the family general store, she's also postmistress, head of the Women's Temperance League, a Sunday school teacher and sings in the Methodist church choir, among other activities.

Some might question the existence of such an independent woman in the 19th century when male dominance restricted many to the home and childbirth, denying them the right to own property, vote and participate in many areas. Truth is, there were many more such women in the period than you might suspect. Elizabeth Cochrane Seaman (better known as Nellie Bly), for example, was only one of numerous women journalists. They were derisively known as 'stunt reporters,' because men didn't think they should be taken seriously.

There were entrepreneurs like Lydia Pinkham. Inventors like Tabitha Babbitt, who invented the circular saw. One might mention Elizabeth Blackwell, who blazed the path for women in the medical profession. Others founded religions. Some even served as soldiers or spies in time of war. And, of course, there were numerous women novelists.

So, Lydia Longlow is not an exception, but an example of the intelligent, energetic women of the period. Syl's persistence to win her hand continues in The Bartered Body, though he's beset with even more obstacles this time around.

Why would thieves steal the body of a dead woman?

That’s the most challenging question yet to be faced by Sylvester Tilghman, the third of his family to serve as sheriff of Arahpot, Jordan County, Pennsylvania, in the waning days of the 19th century.

And it’s not just any body but that of Mrs. Arbuckle, Nathan Zimmerman’s late mother-in-law. Zimmerman is burgess of Arahpot and Tilghman’s boss, which puts more than a little pressure on the sheriff to solve the crime in a hurry.

Syl’s investigation is complicated by the arrival in town of a former flame who threatens his relationship with his sweetheart Lydia Longlow; clashes with his old enemy, former burgess McLean Ruppenthal; a string of armed robberies, and a record snowstorm that shuts down train traffic, cuts off telegraph service and freezes cattle in the fields.

It will take all of Syl’s skills and the help of his deputy and friends to untangle the various threads and bring the criminals to justice.

A New Book for Your Entertainment 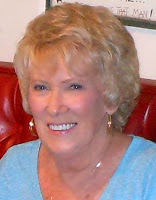 
Sandi and Pete have earned a reputation for solving old cases, and they’re approached by a woman who’d like a 1930s crime solved. A man was brutally murdered and his brother immediately disappeared. The authorities believed the brother was their best suspect, but they weren’t able to track him down.

Case closed – or was it? A lone police officer didn’t like the results and spent the rest of his life searching for answers.

Their client’s father had tried to clear the name of Harley Glosser, the dead man’s brother, but his efforts were futile. His interest in the case? Horace and Harley Glosser were his cousins.

With the discovery of a private room in the house where the crime was committed, Sandi and Pete must change their thought processes and start running down other suspects and looking at other locations, including an old speakeasy. The potential suspects are people in their nineties, so they also have to hope they’re still living.

Why would someone in the current day try to put a halt to the investigation? After all, the murder took place in the 1930s.

Circumstances are often not as they seem, and this case is no exception. 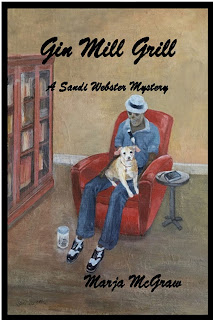 a little humor, a little romance, A Little Murder!

I hope you’ll give the book a try, and thank you!