This week I’m welcoming Susan Holmes, author of the Waterside Kennels Mysteries. I’ve read Deadly Ties, the first in the series. Not only was I entertained, but I learned a bit about working with dogs. I think you’ll enjoy Susan’s post about… Well, read on, and welcome, Susan.

A Twist on an Old Rule
The Golden Rule of “write what you know” is embedded in my DNA. That’s my only explanation for how I came to write “Three Little Bears Visit New York City” before I hit kindergarten. It seemed perfectly reasonable to me; after all, if people go to the woods on vacation, why wouldn’t a bear go to town?
And New York City was a place I knew something about. My maternal grandfather had been a photographer in New York, and my father talked about how different “the big city” was from upstate New York where he’d been born.  I used to watch my dad doing the New York Times crossword puzzle (in ink!).  So the name, the place, was embedded in my consciousness early on.
Honoring the “write what you know” rule served me well for years, until I had an idea for a mystery with an amateur sleuth who runs a boarding kennel. Just one problem: the only thing I knew about kennels was from the customer’s point of view. Then it hit me: the “rule” was just a starting point. And thus “write what you can know” became my mantra.

My fictional kennel was constructed using everything I’ve learned about real kennel operations, with the addition of some nice extras. In real life, kennels are often run on shoestring budgets, while mine features many of the “bells and whistles” kennel owners had on their wish lists. The kennel owners I worked with were generous with their time and knowledge and let me follow them through their daily routines. As a result, I saw behind-the-scenes action customers wouldn’t typically see, which helped me better appreciate the hard work that goes on in a well-run boarding kennel.
The kennel is the physical “anchor” for the series. The story plays out across the region, which allows me to bring in the wonderful people and places of the Ozarks: Eureka Springs and its art galleries, the largely unpopulated area around Beaver Lake, and the folk tales handed down from one generation to the next. The inclusion of the Ozark treasure legends was inspired by conversations with the folklorist Phillip W. Steele. (Who can resist a treasure hunt?) If I’d stuck with the old rule to write only what I know, this series would never have made it to print.
Whether you’re writing about old stories or new problems, there’s something liberating about starting a project you know little or nothing about. You’re not constrained by what you know, or even what you think you know. So next time you get a wild idea about something, let it fly and see where it takes you!
Thank you for some wonderful insights, Susan. I hope you'll come back one day.
*
DeadlyTies: A Waterside Kennels Mystery
Dogs. Family. Friends. Treasure. Stories and rumors from the past. Secrets and lies. They’re all at the heart of this story. When trouble begins at the kennel, Maggie will have to dig into the past for answers if she wants to have a future. Because her search just might lead to murder.
Read the first five chapters: http://dogmysteries.com

Welcome to my new blog site, and my first guest this week is MaryJo Dawson. Honestly, I haven’t read any of her books yet, but I have one waiting for me. I jumped the gun and read the first few pages of The Disappearance of Douglas White, and I’m hooked already. I can’t wait to get started on it. So settle down and learn a little more about MaryJo. I think you’ll enjoy her interview. Welcome, MaryJo. 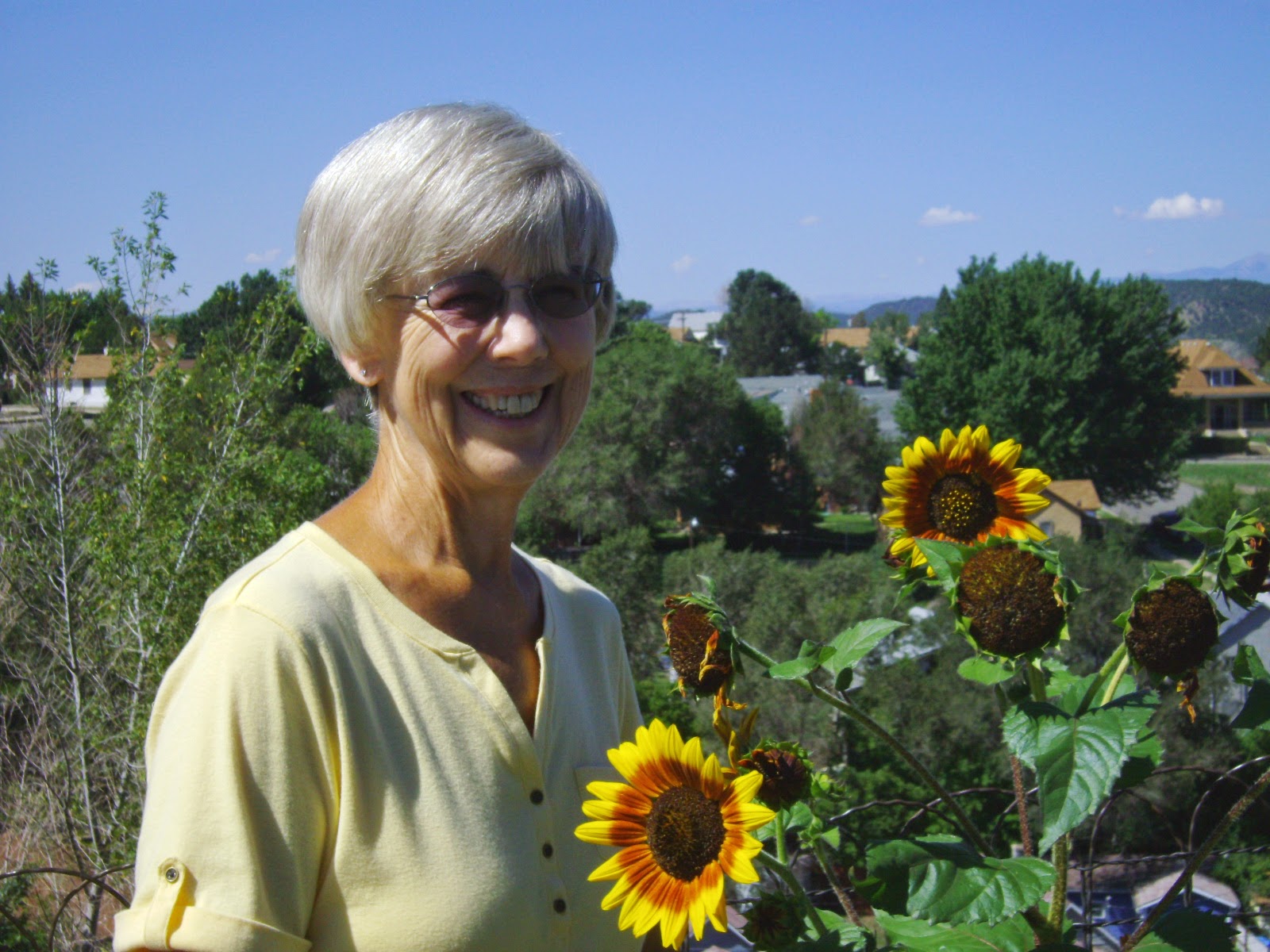 Marja:  I understand you’ve lived in several different locations, including the Philippines.  Was this job-related, military, or what? This certainly must have contributed to an interesting life.

MaryJo:  The moves were all job-related.  The 27 months in the Philippines was due to my husband’s, and I did several tours as a travel nurse, from Ketchikan, Alaska, to Corpus Christi, Texas. I still love to travel, but those days are over.

Marja: Tell us a little about hobbies and the traveling you’ve done. Your life sounds like it’s been exciting, especially to me. I’ve done very little traveling over the years.

MaryJo: Walking is almost an addiction for me; I walk or hike as much as the weather and my activities allow. Summer flowers in the yard is another hobby, and baking when I can find someone to eat it.  My killer chocolate cake is very popular.

Before hanging up my stethoscope I took two trips to Europe, Italy and Great Britain.
It was a great experience for a lover of old places and history.

Other travel assignments included several months with Indian Health hospitals in Arizona, and three months in Gettysburg, Pennsylvania.  Those battlefields are great places for a walker. 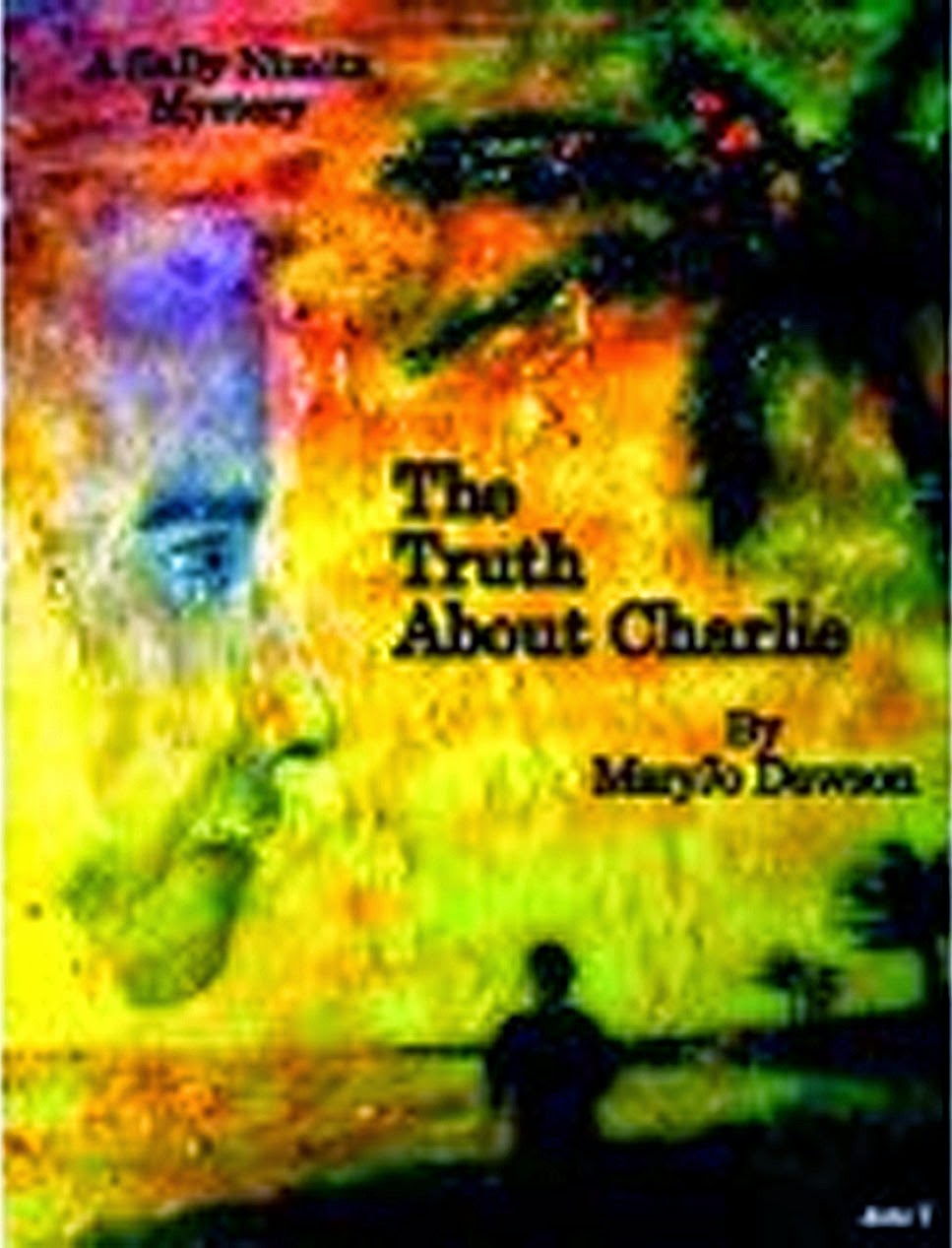 Marja: I’d love to try that cake, being a chocolate fan, and I live in Arizona, so I can relate to walking there. What prompted you to start writing mysteries? You’ve mentioned letters you wrote were instrumental, and I can relate to that. Did those letters have as much to do with your career as I’m imagining?

MaryJo: I knew I could tell a story and write an interesting letter.  It was totally spontaneous, deciding to write a mystery with my favorite authors as a focus.

Marja: I understand you were a nurse before retiring. That must have been fascinating. Your protagonist, Sally Nimitz, is in the medical profession. How much of your own experiences have you used to write about Sally? Is there any of you in Sally?

MaryJo: Absolutely, some of my personality is in Ms. Nimitz, no doubt about it.  She has other characteristics, too.  Her nursing career takes many episodes out of my own, or an adaptation of a personal experience.

Marja: You really whet my appetite and I can’t wait to get started on the book. I also understand you have an interest in history. Do your books include any history, even peripherally? Does this require a lot of research?

MaryJo: What I love about history is people and how they respond to the extra-ordinary situations.  I strive to make my scenarios realistic, so some research is required, although obviously not to the extent of other genres.

Marja: Getting started in publishing must have been daunting, as it is for many of us. What did you find to be the most helpful in figuring it all out?

MaryJo: My ebook publisher at Elderberry Press, David St.John, was so helpful.  He is gone now, and my latest book is dedicated to him.  The author chat site members had great advice.  And, I’ve gotten input on editing from some experienced individuals that was invaluable.

Marja: I have to admit I haven’t read one of your books yet, as I said in the introduction, but one of them is sitting at the top of my To Be Read stack. I sneaked a peek and was hooked right from the beginning. Please tell us a bit about the series.

MaryJo: The first book, The Death of Amelia Marsh begins when Sally’s next door neighbor is killed.  The shock of that experience, and the oddity of a sweet and charming older lady getting herself murdered, motivates Sally and two of her friends to learn more about Mrs. Marsh’s past.  Sally finds out she has a gift for solving a puzzle and putting facts together correctly.  So it begins.

Marja: I understand you’re married and have two sons and a grandchild. Have any of them been helpful in getting your writing career off the ground?

MaryJo: They’ve all been a cheering squad, but without the computer expertise of my husband, Bill, I’d still be dead on the water!

Marja: I can relate to the cheering squad, but not the expertise. Is there any one thing you’d like to say to new authors about getting started? What was the most important step you took, other than actually writing the book?

MaryJo: If you know in your heart there’s a market for what you do, don’t give up.

Great advice! Thank you so much for stopping in today, MaryJo. I’ve really enjoyed getting to know a little more about you, and I wish you the best with your books. Now I’ve got to finish the book I’m currently reading so I can get started on The Disappearance of Douglas White.

I'm about as un-techie as they come, so this is a simple test to see if I can put up a blog on a site that's new to me.

I'm a mystery writer and I write two series: The Sandi Webster Mysteries (a female P.I.) and The Bogey Man Mysteries (a Humphrey Bogart look-alike and amateur sleuth).

I post a new blog every Monday, and it's up for a week. You'll meet guest authors and you'll hear my thoughts about writing and everything that goes with it. I've been blogging since 2010; however, by changing sites I've lost the old blogs. Occasionally I'll repost an old one.

I'll do my best to post things that will entertain you and keep you coming for more.

Okay. Now I know how to add a graphic. This is the book cover of Bogey's Ace in the Hole, which was just re-released.

Thanks for stopping in and I hope to see you every Monday.